× Are you looking for heavy metal lyrics? Access Metal-lyrics.com and enjoy!

Fighting game built on the MUGEN engine that brings together characters from different universes.

Super Heroes MUGEN is another game built on the MUGEN engine that brings a series of characters from different universes, in total there are about 190 characters.

MUGEN is a 2D fighting game development platform that allows the creator to add his characters, his moves, specials and everything. There are thousands of games in this style.

In addition to having several different characters that have different types of attacks and specials, the game has two types of game modes. In arcade mode you will face several opponents until you reach the last one to win the game. There is also the multiplayer mode. 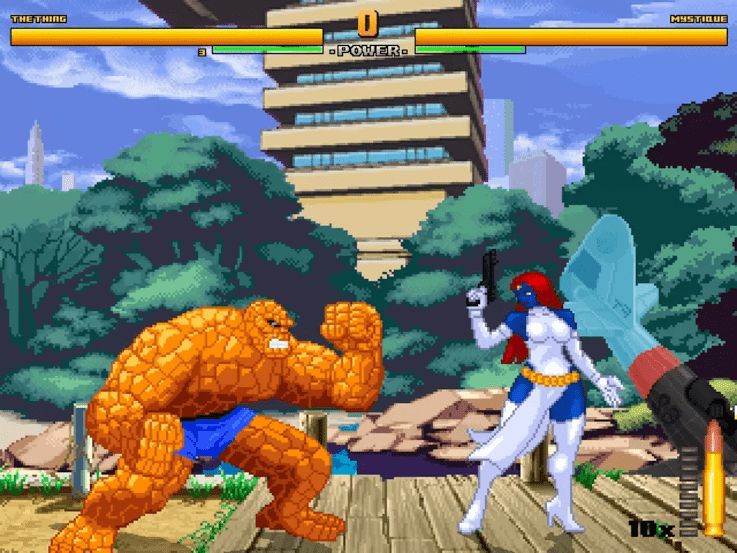